Crowdfunding: How can a simple idea revolutionize an industry

From an idea to a million-dollar business 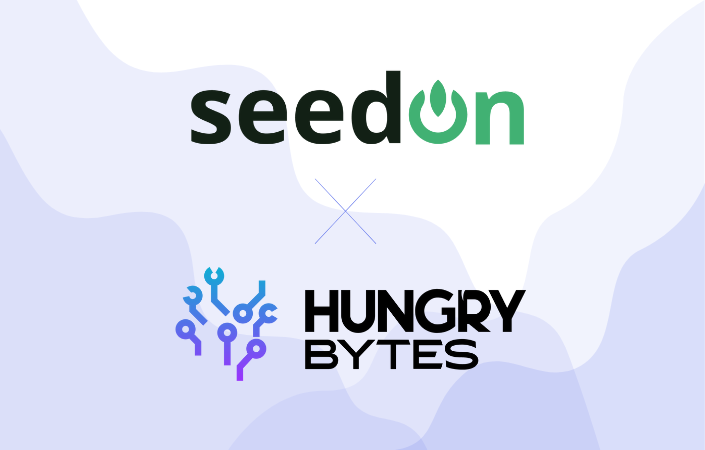 We live in a time where all of us are hearing the stories of well-known millionaires who just didn’t want to give up on their ideas. They went on with it and changed our lives for the better. We wanted to do that too, we’ve mapped out issues we’ve encountered, outlined how we’d do it, thought about every scenario possible, and took into consideration every obstacle we might be facing.

And how did it go? I presume that from the title, you already know the answer, but we’d like to expand more on the process. So, let’s start from the beginning, shall we?

An industry full of potential

Crowdfunding is a good alternative way for startups to raise capital in a fast and easy manner. It represents a large number of individuals contributing with small amounts of capital to support an idea or project for a new existing business. In North America, there were $17.2 billion U.S Dollars, and this number is progressively increasing, forecasts indicating that crowdfunding will reach considerable heights in the upcoming years. North America was followed by Asia with $10.54 billion, Europe with $6.48 billion, South America with $85.74 million, Oceania with $68.8 million, and Africa with $24.16 million.

Rewards crowdfunding consists of individuals donating to a business or a project expecting to receive a non-financial reward or return. For example, if you are donating to a startup that wants to create a type of smartwatch when you can invest in their crowdfunding campaign and will receive that product once they begin manufacturing them. This type of crowdfunding is particularly suitable for products/services that are innovative or garner high levels of consumer attention.

Donation-based crowdfunding is a method of raising money for a project by asking a large number of contributors to individually donate a small amount to meet the larger funding aims of a specific charitable project. The investors contributing via donation-based crowdfunding expect no financial or material return. Think about the charitable crowdfunding campaigns you’ve donated to in the past. You did donate a sum that was financially comfortable for you, to help that organization, achieve its goal. You didn’t expect anything in return, right?

Debt-based crowdfunding, also known under the term crowdlending, encompasses several different types such as mini-bonds, peer-to-peer (peer-2-peer/P2P) lending, and invoice financing. Debt crowdfunding is basically referring to a large number of retail investors that are lending money through a platform to a business or individual. It removes the many middlemen that would be needed to be involved if the transaction happened through traditional means such as banks. Debt-based crowdfunding keeps the costs down for borrowers and potentially gives the lenders improved rates of return.

Last, but not least, equity crowdfunding is another method of raising capital online from investors, but in return for cash, the investors receive equity ownership in the business. Now, let’s talk about the issues we can see in crowdfunding, shall we?

Even though the crowdfunding industry has helped many entrepreneurs raise enough capital for their startups to turn their idea into million-dollar companies, there have been some recurrent issues we’ve noticed among crowdfunding platforms.

Furthermore, other disadvantages can be addressed, but they are usually overlooked. The most encountered issues noticed, among others, are the lack of trust, lack of realistic targets and deadlines set by entrepreneurs, lack of accountability on the project fulfillment, lack of a structured channel for post-raise communication, managing copyright issues, reduced possibilities to invest in technology and service startups, and no cryptocurrency payments.

That is when the idea of SeedOn came to life. A crowdfunding platform that aims to solve the current challenges in crowdfunding with the use of blockchain so that all network users will have access to transactions, promoting transparency on cash flow.

But let’s explain first what is blockchain technology. It’s a distributed database that’s shared between the nodes of a computer network, and it’s best known for its crucial role in cryptocurrency systems for maintaining a secure and decentralized record of transactions.

By extending blockchain technology’s use into the crowdfunding landscape, we can reduce uncertainty and promote transparency between startups and their investors. The three key elements that make blockchain such a desirable technology among companies are:

-        Distributed ledger technology: It consists of a network maintained by all users within. Immutable records of transactions that exist on a distributed ledger are accessible to all network participants as blockchain technology is transparent and shared.

-        Immutable Records: Once a transaction record has been approved by all other nodes within the network based on the digital ledger, the information will be stored into a block and added to the ledger.

-        Smart contracts: With the help of smart contracts, assets like properties, money, shares, but not limited to, can be exchanged, with the help of a set of rules. A smart contract is stored on the blockchain, it speeds up the process and runs automatically. They work by following a simple “if/when/then” statement written into code.

Now, let’s move to some of the issues and the solutions we’ve designed to change the crowdfunding landscape. The first recurrent problem that has been encountered of other crowdfunding platforms was regarding managing copyright issues. Unscrupulous individuals may crawl crowdfunding sites and steal ideas/projects before the owner gets a chance to complete them. Thus, to solve this issue the platform will offer just a brief project description, highlighting the main features without exposing too much of it, to website guests that don’t have an account in place. If they do want to create an account, however, they need to go through a screening process and sign a non-disclosure agreement, making it harder for the individual to steal an entrepreneur’s idea.

Valuation is another issue that hasn’t been addressed by the current crowdfunding platforms. Sometimes valuation is set by entrepreneurs, resulting in unrealistic expectations. Thus, a team of consultants will evaluate the project according to the details submitted by the entrepreneur, valuating it realistically.

Rug pulling is a blatant exit scam designed as a promising, impressive project so that it will attract investors’ attention with the sole purpose of defrauding investors. With the use of a Smart Contract ESCROW model and the additional details requested when submitting a project fraud will be reduced and investments risks minimized.

Another issue that’s being slowly addressed by crowdfunding platforms is the lack of structured communication channels. There are post-raise areas where communication between investors and entrepreneurs can and should continue. So, the solution we designed for it consists of requirements for entrepreneurs to organize monthly, quarterly, or bi-annually update meetings in which they will present the project’s updates in the current stage.

Community support since day one

When first presented the solution, it has been welcomed by thousands of people worldwide. With over 40k followers on social media platforms, constant and transparent communication with the community, a whitepaper that encompasses answers to all potential questions an investor could have, the solution managed to raise over $1M US dollars in under 5 hours, in its presale round.

Subsequently, the platform will be live in August of 2022 and will start listing startup projects for investors to decide on. The platform will be the first solution that will use blockchain technology in this specific industry, working toward a better way to do crowdfunding.

It’s not impossible to fulfill your dream of being an entrepreneur or to transform your idea into a million-dollar business, but it surely isn’t easy. Passion, hard work, patience, lots of research, and a pinch of perfectionism will get you further into creating your business. Your idea should just “be an idea” but rather think about how can you revolutionize an industry, change lives or just make people’s lives easier. As we all may know, an idea should come from a need, so you can ask yourself, what are the needs of your peers?